The first time I visited D.C. was the fall of 1993 with a group of close friends. We participated in CloseUp Washington, a week-long, government-focused adventure for high school nerds from across the country. It is still one of my happiest memories. Our history teacher made the country’s past come alive in the classroom but you should have seen him in Washington, D.C. He was drill sergeant and poet all wrapped into one. We marched to keep up with him as he poured information all over us and at night we slept hard and dreamed of Washington, Lincoln and fresh donuts from this truly remarkable bakery hidden in the basement of Union Station. On our way to Colonial Williamsburg, our bus zipped right by the exit for Mount Vernon and I pressed my face to the glass, trying to catch just a glimpse of it.

I finally made that exit with my family in tow a few weeks back. We happened to be there during Revolutionary War Days so the place was teeming with patriots and red coats complete with the tents, horses, campfires, cannons and fife and drums needed for grown men to play dress up. The girls delighted in all of it and of course we did, too. 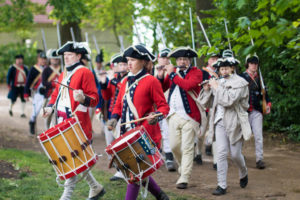 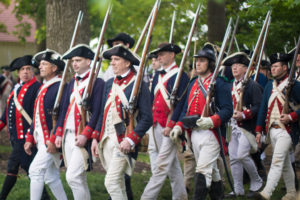 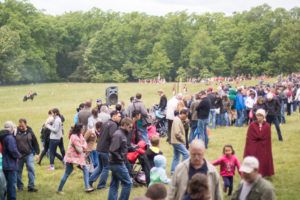 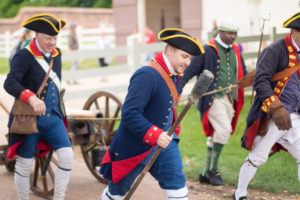 Our first stop was to worship at an outside, Sunday morning service. A man playing the role of a chaplain in the Continental Army, led us through a simple and beautiful thirty minutes of scripture and the Lord’s Prayer. We sat on hay bales with other believers and thought about the words we hear so often and which those brave Americans heard as well. Washington’s house loomed in the background. The morning was crisp and dewy. Birds sang but just a few yards away men toiled with cannons and loaded muskets. In our day, it was to ready for a reenactment battle in an hour but for those farmers, merchants, bakers and teachers in 1776, it would have been a sobering reminder of what they were about to face. After prayer and small talk (see, church really isn’t all that different nowadays), we made our way over to the camps to visit. 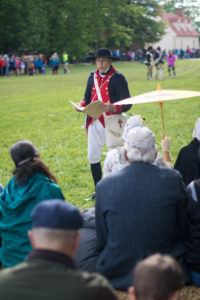 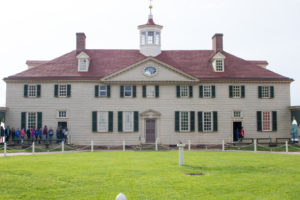 After a raucous storm the night before, the ground was soggy and dedicated reenactors (some of whom actually turned out to be women and children), hung out clothes and animal skins to dry over fires that dotted the field. They’d spent the night there instead of finding the nearest Hampton Inn and I realized that this was their Star Wars Celebration and I felt an even stronger kinship with them. They answered our questions while staying in character and our daughters had the chance to poke around and see life from 240 years ago in a way I never did as a child. Danny and I stood back and let them lead the way until we all realized we were very much hungry. One sweet woman offered to share her rabbit stew with us but Paige backed up so quickly she nearly fell over me. We thanked the lady and opted for food truck sandwiches and pretzels instead.

After filling our tummies we joined a crowd listening to George Washington speak. He was a tall, imposing man full of interesting stories. This particular actor has been portraying Washington for years and has performed for all sorts of famous people. Guests peppered him with questions and he answered all of them from Washington’s perspective. Then he posed for pictures, even commenting on Danny’s five o’clock shadow and had my husband apologizing for his unkempt appearance before the 30-second interaction was over. 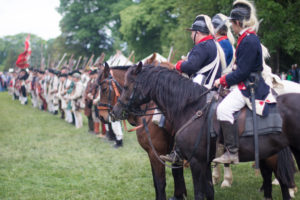 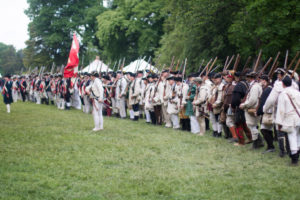 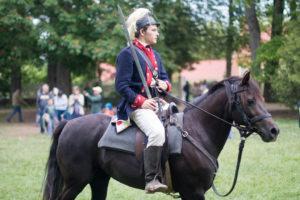 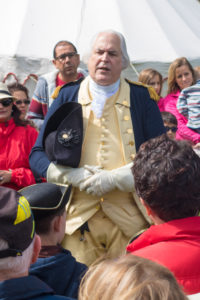 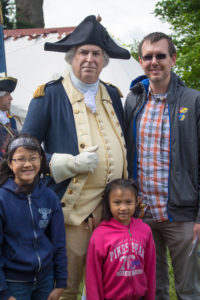 We toured the house and were surprised by how lovely but very basic the home was. The Washingtons were definitely wealthy but unlike Thomas Jefferson, the couple did not live lavishly. This could be one of the reasons Washington died without owing anyone a dime and Jefferson’s creditors only waited a few weeks to start hounding his daughter. It could also be one of the factors influencing Washington’s will which stated that when Martha died (or wished it), all their slaves were to be set free. She did just that and all of them were free (several hired back as paid servants) before her husband had been gone a year. The house looks over the Potomac and a lovelier view I cannot imagine. The water was peaceful and glassy and we watched as families and couples strolled along its banks. The entire length of the house is a covered porch complete with rocking chairs. Our guide told us that Martha and George loved to sit there and play board games or read and just generally be together.

After touring through the various outbuildings and the stable, we made our way to the gardens. Both the vegetable and flower gardens stole my farmer’s daughter heart. They were outstanding and in the words of Anne Shirley, we “drank in blossoms.” They even had those soft, purple irises I love so much. I could picture ladies in long dresses strolling the pathways, sitting on the benches. We trekked out to George and Martha’s tomb and had a quiet moment of reflection on the reluctant father of our country and what his sacrifices have meant to millions.

The only feisty moment of the day came when one of the reenactors (dressed up for a ball, I might add) decided she wanted to twostep with Danny. Let me back up a bit. We found a dance class and watched as regular people frolicked with experienced party goers. I felt like Elizabeth Bennet while watching them. When that lesson ended, we moved forward to take our turn. Almost immediately, an 18th-century tart grabbed my husband’s hand and ran off with him! Now Danny is good and thoughtful and terribly polite, he went with her but his wife is none of those things so I followed. She was honestly hanging on him while she put him into place on the dance floor. Paige and I joined their circle and when the lady in charge came by to match us up with partners, the trollop was still touching the love of my life. Head Lady asked who was dancing with who and when she asked about Danny, I said loudly and forcefully, “I am dancing with him. I’m his wife,” in what Danny said later was an unnecessary move but girls, when someone flutters her eyelashes at Danny, I take action.

We learned the steps and circled around each other, now and then letting our hands meet the way we’d been quickly taught. It was ridiculously romantic and flirty. Paige remembered every twist and turn and curtsied at the end while maintaining eye contact like a true lady. Reagan played photographer because this moment of possible mortification was not tempting for her in the least. When the musicians finished their tune, we clapped politely, I firmly took Danny by the hand and we left the building and that hussy in our wake. 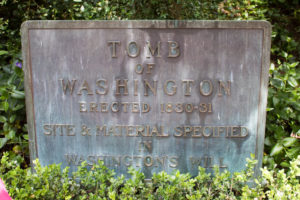 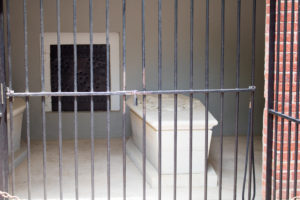 Inside the museum, we learned more about the Washingtons and their lives at Mount Vernon. The displays are all terribly modern and engaging. The kids’ room was fun but not nearly as hands-on or welcoming as at Monticello. There’s even a time-limit which I get but was disappointing because we felt the constant pressure of it and at Monticello, we just totally relaxed. I may write them a note about it. Wouldn’t want “the General’s” home to be outpaced by TJ’s.

Don’t miss the Mount Vernon exit next time you’re in our nation’s capital. I’m so glad we didn’t.

2 thoughts on “Where Washington Walked”