We visited Plimouth Plantation one drizzly morning and stepped right back in time. Plimouth Plantation’s spelling is a nod to the fact that when the separatists got here, the English language didn’t have a ‘y.’ Interesting, huh? Well, the entire place was interesting.

Real Native Americans who are actually descended from the Wampanoag tribe that helped out the pilgrims come every day to work. They talk about their ancestors, show the kids games that Wampanoag kiddos used to play, demonstrate crafts and food preparation and just generally answer questions, as well. A little ways off, actors portray actual members of the English settlement in thatch-roofed homes.

Visitors just walk into different houses and ask the occupants their names or how old they are or what they’re making (one lady was boiling stew, another was sewing). The actors basically take over and instead of reading plaques or staring at mannequins, our girls chatted it up with 1626 colonials. It was such a stupendous experience though at first both girls were a bit shy about it. I started the conversations going and by the third house, we couldn’t get Paige to shut up. What I really enjoyed was how the actors stayed in character the entire time complete with old English accents and references. They didn’t miss a beat when asked tough questions by children. 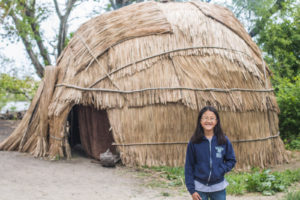 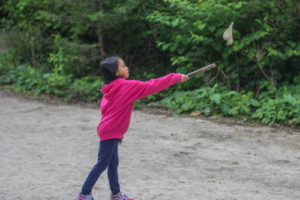 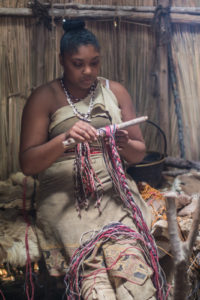 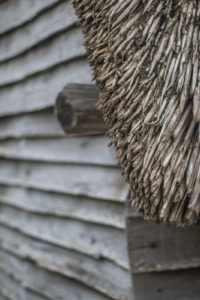 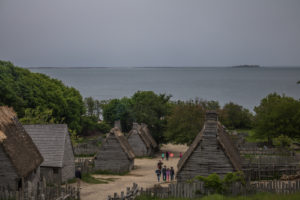 When I asked about Francis Cooke, my Farrar ancestor, one lady cheerfully told me she knew Francis and Hester, they were her neighbors and good people but she immediately was confused when I used the terms “ancestor” or “descended from.” She said, “Do you mean the Cookes are your kin?” Even when talking about something really real in 2017, she brought it back to what her character would have understood in her reality—a settlement that is only a few years old and neighbors who don’t yet have distant descendants. 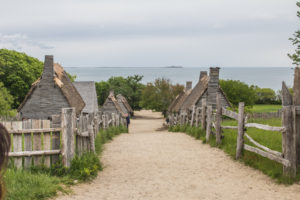 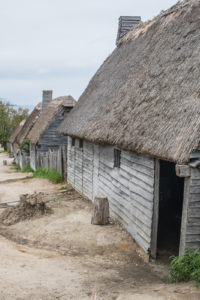 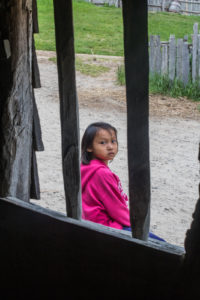 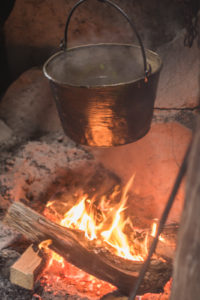 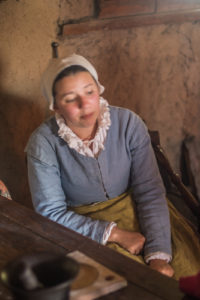 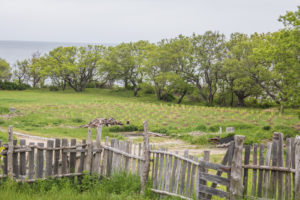 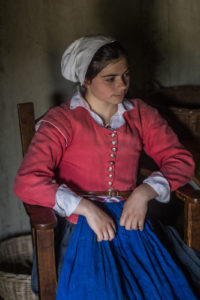 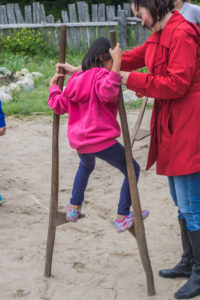 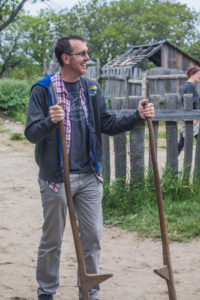 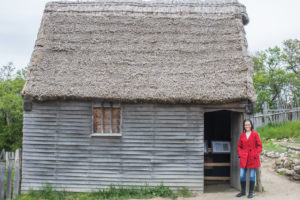 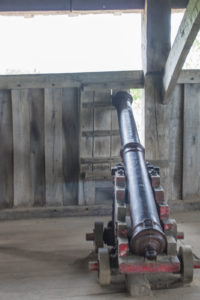 We left the villages and entered a building where modern-day artisans practice crafts shared by the colonials—beekeeping, pottery, bread making. Most of what the pilgrims had by way of furniture or dishes was brought over on the Mayflower or arrived on ships later. They also learned new skills as they could. The Mayflower II is a replica of the actual ship that carried those brave souls across the Atlantic. Normally it is right there for visitors to experience but unfortunately for us, it is getting all prettied up for the 400th Celebration of the landing. It won’t be back where it belongs until 2019.

Bummer for us but for all of you, plan a trip for late 2019 and you’re golden! 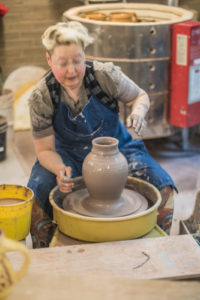 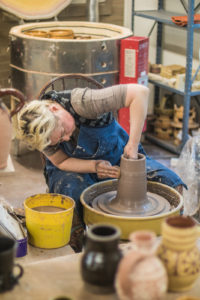 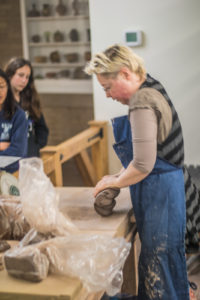 One thought on “Chatting with the Pilgrims”