We adored Philly. You can walk everywhere. Something fantastically important to the founding of our nation happened on every corner…and in the alley…and on that dock…and oh, yes, in this living room. Betsy Ross worshipped Jesus in this very pew. We buried Ben Franklin over there in the quietest corner of our graveyard. Be sure to pop your head into the room where brave men signed the Declaration of Independence. And the Constitution. Hmmm…there’s something else, what was it? Oh, yeah. The Liberty Bell is in this historic locale, as well. No, it doesn’t ring anymore but you can still hear it, I promise you. 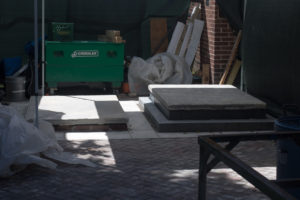 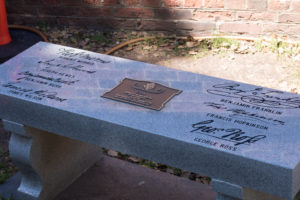 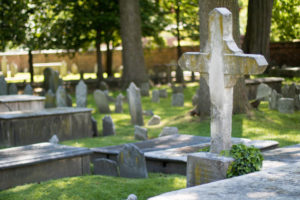 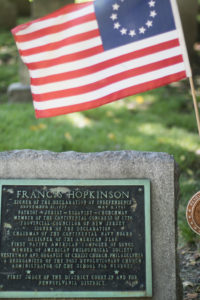 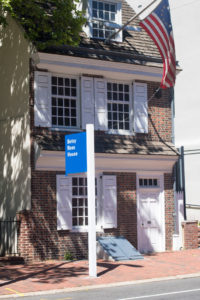 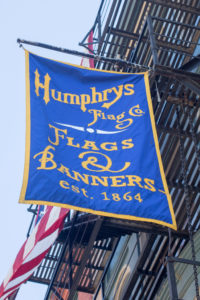 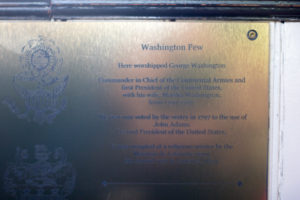 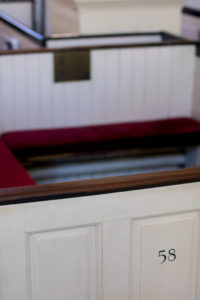 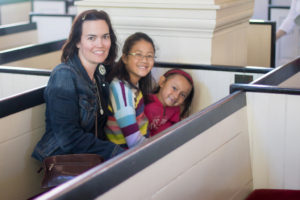 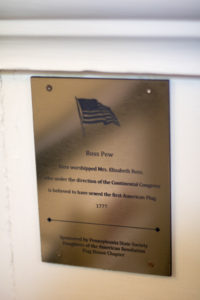 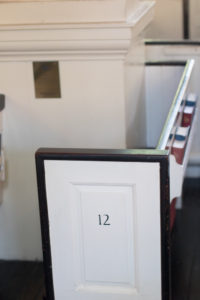 One of the truly great things about this place is how the National Park Service is in charge of everything so we didn’t pay a dime to see some major national landmarks. My dad just said, “you paid for it with your tax dollars, Lisa Kai.” And that’s true, for sure but it was worth it and there was no out-of-pocket expense which means we had more money for Philly cheese steak sandwiches. 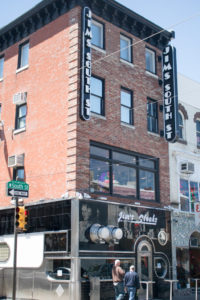 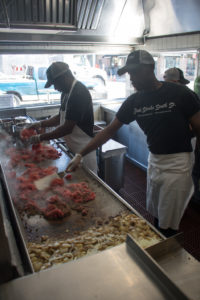 As we left the Liberty Bell exhibit, I queried a park ranger about his preference for cheese steak. He said, “you want really good cheese steak?” (It was exactly like that moment from “That Thing You Do” when the guy is talking about good jazz. I half expected the ranger to start quizzing me on sandwich ingredients but bless his heart, he didn’t do that). He did share a local secret with us: Jim’s Steaks several blocks away from Constitution Hall. The walk was very pleasant and we always want to get off the beaten path anyway. The diner opened in 1939 and one of the men behind the counter was there for it, I swear. He was ancient but was dancing to a Michael Jackson tune while serving up hoagies. We sat on the second story of the extremely small restaurant (they only accept cash, you’ve been warned) and licked our fingers which dripped with just the right amount of artery-clogging grease and grilled onions. We were very satisfied and with a much slower pace made our way back for our tour of the nation’s first government building.

We saw the actual inkwell set used by the signers. We stood in the room where they debated how to set up the houses of Congress. We found the famous “sun rising” chair Washington used while presiding over the construction of our Constitution. We know where the delegation from each newly-formed state sat. Our children saw it all and hopefully managed to take some of it in. It was on this particular tour that I decided I want to be a park volunteer when I grow up. 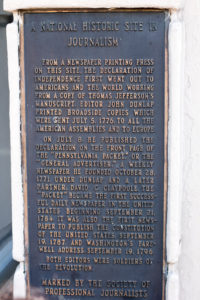 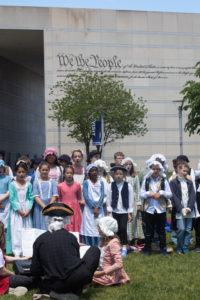 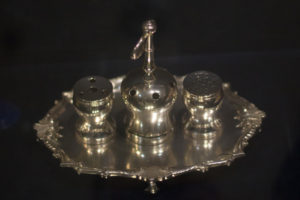 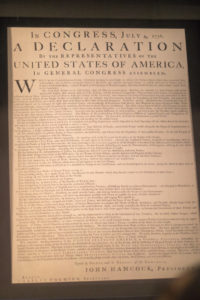 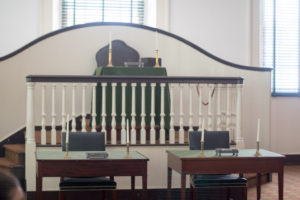 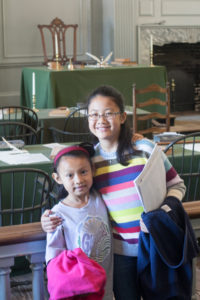 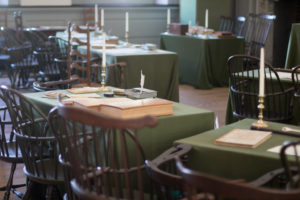 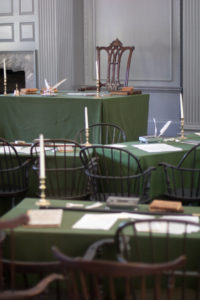 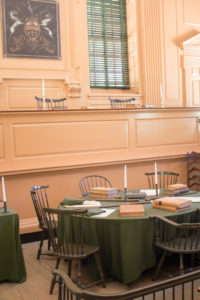 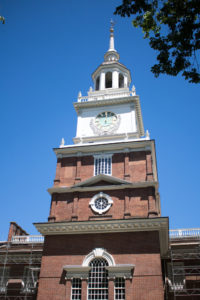 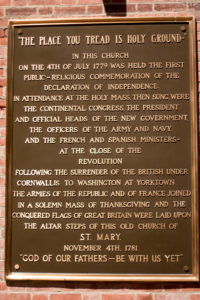 We toured the U.S. Mint where they’re stinkers about photography so you’ll just have to take my word that it was super cool. I love walking high above the workers while they labor over the coins that will jingle jangle in our pockets. Paper money is not printed in Philadelphia but we found out it is printed in Ft. Worth so we’ll take a trip there when we’re back home in the Lone Star State. We went to the Ben Franklin Museum (also run by the parks service) which is housed on the site where the Franklins lived. This was an excellent museum for children with engaging displays and really funny “cartoons” that shared different stories from Ben’s life. I was so glad we made time for it. 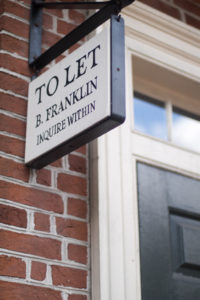 We ate frozen yogurt. We sat in the House of Representatives chamber where John Adams took the oath of office and George Washington sat, barely able to control his excitement at the thought of getting to go home at last. We read many plaques. Danny parked the F-250 without knocking over a single historical artifact. It was a beautiful, remarkable day. 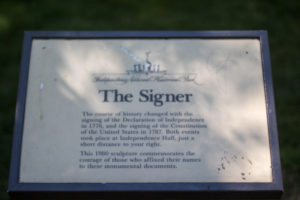 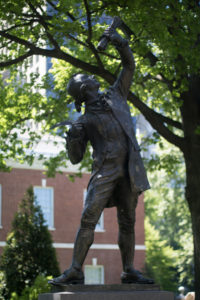